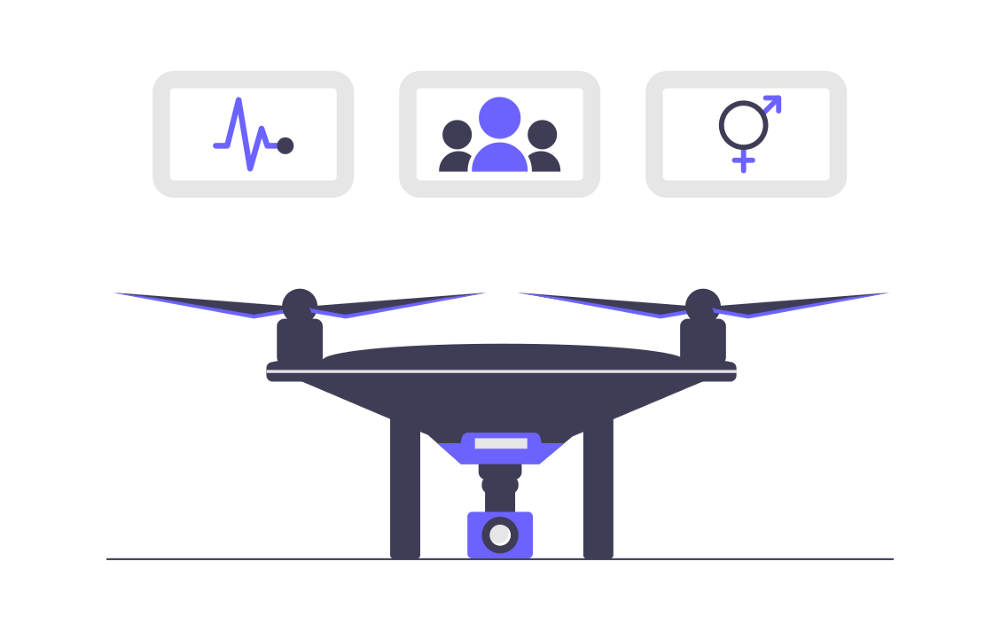 This research presented by Paloma Lara Castro was carried out within the Global Network Initiative Fellowship and was published originally here.

Emergency laws have historically been used to legitimize and amplify mass surveillance and control. Many countries have declared states of emergency to respond more effectively to the coronavirus pandemic, including Paraguay. As a GNI-Internews Fellow, I will examine how gray areas of law in times of crisis can enable governments to implement wide-reaching surveillance and control mechanisms, and the consequences that may result. I will conduct a baseline analysis of the use of surveillance technology in Paraguay and measure the acquisition and increased use of these in the context of COVID-19.

Paraguay has increasingly acquired and used technology for surveillance and control, [4] often resulting in human rights violations and violence[5]. During the COVID-19 pandemic, the use of these technologies has increased. The Ministry of Internal Affairs announced that it is developing mobile apps and will use drones to monitor quarantine compliance[7]. Public policies aimed at mitigating the economic effects of the pandemic have resulted in the collection of personal data without the necessary care of that data[8]. Freedom of expression has also been impacted: bills that would criminally punish those who provide “false information” on the subject have been introduced.

The impact of state surveillance on human rights is significant. When we talk about surveillance we often think that the most affected right is privacy, and while it is certainly a very affected right, it is not the only one. The enjoyment or restriction of one’s privacy rights has wide-reaching implications for how one experiences other rights. For example, the rights to privacy and freedom of expression are related: “The right to privacy is often understood as an essential requirement for the realization of the right to freedom of expression.”[1] as stated in the report of the Special Rapporteur on the promotion and protection of the right to freedom of opinion and expression (A/HRC/23/40). This can be clearly seen when we imagine it in everyday situations: do we behave freely when we know that we are being watched? Would we honestly say what we think if we knew someone was listening to us?

International human rights law provides guidance for how States can pursue surveillance mechanisms if they so choose. General Comment 16 of the United Nations Human Rights Committee requires that “the pertinent legislation must specify in detail the precise circumstances in which such interferences can be allowed” and “should only be done by the authority designated by law, and in each particular case.” Furthermore, the arbitrary collection of personal information by the government constitutes a highly intrusive act that “violates the rights to privacy and freedom of expression and may contradict the principles of a democratic society.”

As the UN Special Rapporteur on Freedom of Expression has already recognized, “surveillance exerts a disproportionate impact on the freedom of expression of a wide range of vulnerable groups, including racial, religious, ethnic, gender and sexual minorities, members of certain political parties, civil society, human rights defenders, professionals such as journalists, lawyers and trade unionists, victims of violence and abuse, and children.”[6]

Paraguay has only recently emerged from a long history as a surveillance state. The dictatorship of Alfredo Stroessner resulted in brutal human rights violations and constant surveillance of citizens perpetuated through an effectively permanent state of emergency [1]. The “Archivos del Terror”[2] or “Archives of Terror” contained official documents that evidence police repression during the 35 years of Stroessner’s dictatorship and Operation Condor, which was carried out through surveillance between six countries of the region (Bolivia, Paraguay, Argentina, Uruguay, Chile, and Brazil). The documents revealed the chilling figure of at least 18,772 people tortured and disappeared during the period. It is important to note that it was the longest dictatorship in the region and probably the one that enjoyed the most impunity, during and after its fall. Convictions for crimes against humanity were and still are rare, unlike other countries such as Argentina. In this sense, mass surveillance enabled through a crisis context was used to maintain the dictatorial regime and served as a key pillar of its development.

This historical background aims to make visible the need to historicize this process in the sense that the military dictatorship in Paraguay, and in line with the Operation Condor, based its operations almost entirely on surveillance work between governments. This is important as technology does not create surveillance, but it is used under a pre-existing logic of its creation. My research will describe the background that demonstrates the state’s logic of mass surveillance in order to maintain the dictatorial regime.

Considering the present context, my research will consider how moments of crisis allow for the increase of surveillance under slogans based on supposed general welfare. This is the case of the COVID-19 and the technologies for mass surveillance applied under the discourse of saving lives, covered by emergency laws. Is there a relationship between the discourses used in this context with those used during the dictatorship’s state of exception?

In this sense, I will indicate which regulatory frameworks are applicable to the situation in question, as well as the relevant opinions of international bodies on the matter. I will also indicate which legal tools Paraguay possesses and which it does not in order to determine if there has been any intention of including legislation aimed at generating non repetition mechanisms post-dictatorship in this issue, and what, if any, are the legal tools at present. This is in order to contrast the application, or lack thereof, of international standards to the use of technology. Last, I will consider the role of private companies in the matter from a human rights perspective.