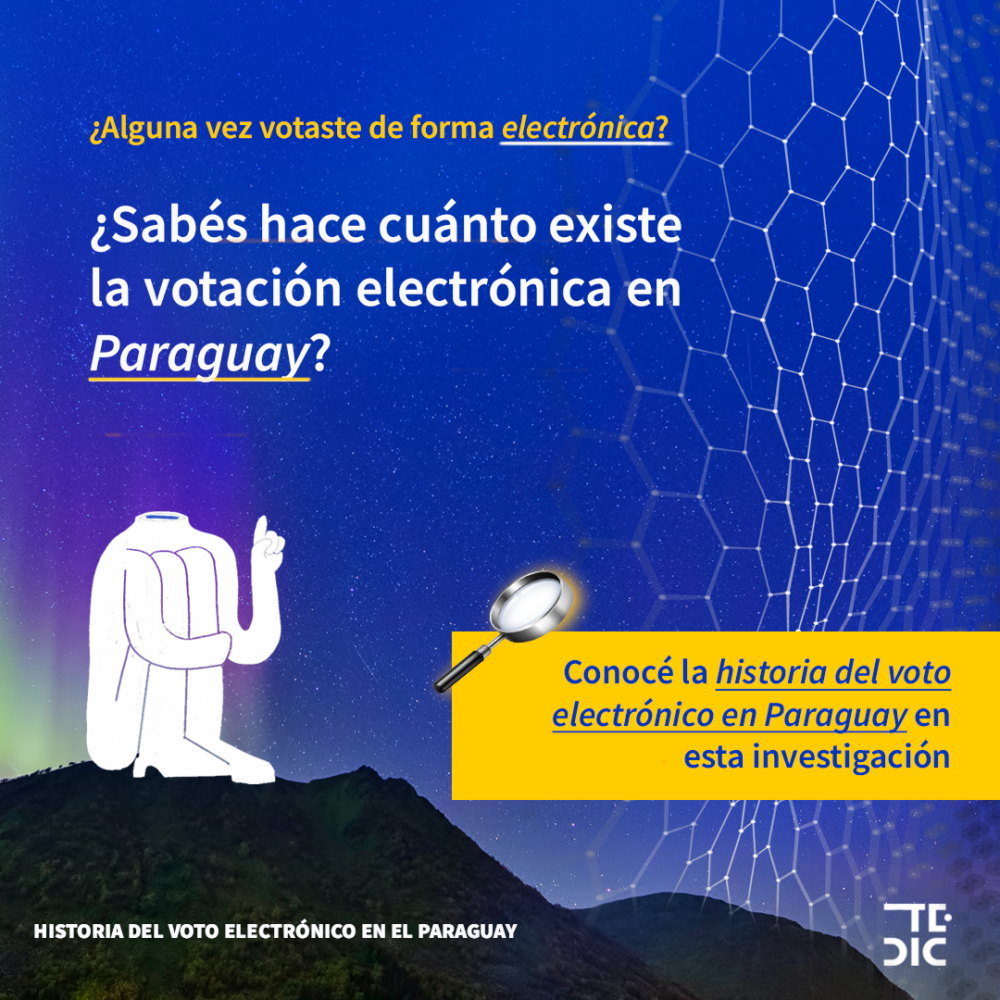 TEDIC has released a new study titled “History of electronic voting in Paraguay” in the framework of a project funded by the National Endowment for Democracy (NED). This study is part of a series of publications that seek to guide and inform about the intersection of technology and democracy from a political, legal, philosophical, technical, and socio-cultural approach, in order to take advantage of the national political context with a glance towards primaries and presidential elections.

In a national situation of increasing questioning of the institutions in charge of overseeing elections, the implementation of electronic voting machines without due guarantees, and the lack of transparency and lack of protection of our personal data, it proves necessary to continue building and writing about what troubles us.

The study is of an exploratory and descriptive nature. It reviews the history of electronic voting in Paraguay during the two decades of its development in order to make visible the actors and the times of the discussions that led to its implementation, in a context of acceleration of digitization during the COVID-19 pandemic.

Since its introduction at the end of the last century, electronic voting has gone through several moments of discussion in our country and the world. In Paraguay, it has been implemented again in the last municipal elections – after years of criticism and prohibitions – with the argument that it would facilitate the new electoral reform. However, the research shows how the electoral authorities have not paid much attention to arguments from specialized sectors on technology and civil society: specifically, warnings about the disadvantages and dangers of electronic voting systems for democracy, with their possible implications on the exercise of political and civil rights of its citizens.

Although the history of electronic voting in Paraguay is yet to be completely written, the researchers in charge of this project have made a timeline that illustrates the stages that characterized the adoption, disuse and return to operation of electronic voting machines in the country, particularly analyzing the transformations in public opinion throughout this period of time.

From TEDIC we affirm our commitment to continue producing relevant information regarding the electoral processes in our country, in order to generate spaces for exchange with the Superior Court for Electoral Justice (TSJE), the press, civil society and accredited national and international electoral observers. We believe it is important to continue supporting collective spaces of analysis to better understand the risks and benefits of the electronic voting system. With a view to mitigating risks and threats to the electoral integrity of the 2023 presidential elections and all subsequent elections.