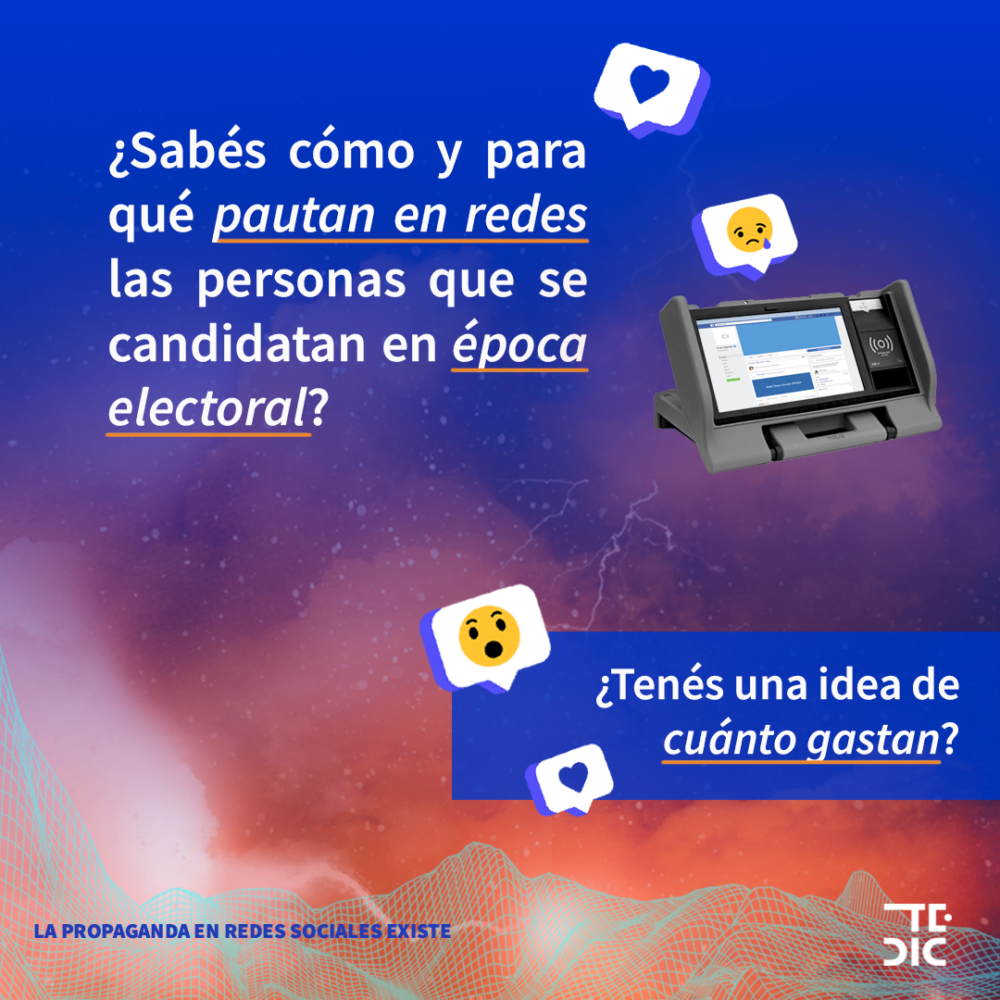 TEDIC has launched a new study called “Propaganda in Social Networks Exists: Monitoring electoral spending on Facebook Ads in the Municipal Elections of 2021 in Asunción,” with the support of the National Endowment for Democracy (NED). TEDIC has been carrying out advocacy actions for years in order to achieve greater transparency and scrutiny over the electronic voting system in Paraguay.

This study analyzes what took place during the municipal elections of 2021 in the city of Asunción, Paraguay. It seeks to expose the legal framework, the electoral results and the development of an exploratory analysis to offer recommendations on resources invested in electoral propaganda on Facebook published during 2021, from official pages of candidates for mayor and the main council positions that were elected during the period mentioned.

In order to achieve the proposed objectives, our study uses public data from Facebook, complemented with datasets and reports on electoral spending published by the Superior Tribunal of Electoral Justice (TSJE; for its name in Spanish) of Paraguay.

Among the main findings, our study revealed:

TEDIC is committed to continue to carry out a series of reports, observation, and advocacy actions, in order to generate the greatest understand possible of the impact of ICTs in the electoral process. We invite you to stay tuned to our social networks to access this information.