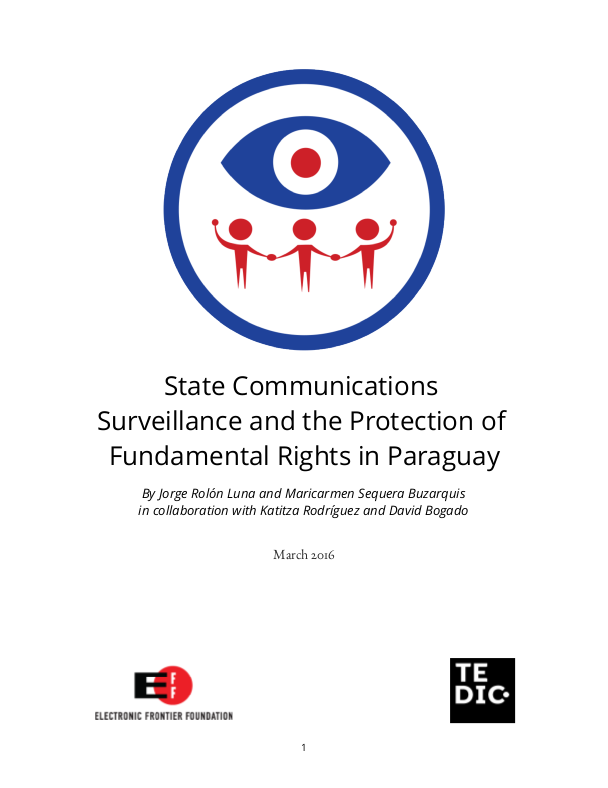 Paraguay spent 35 years under the military dictator, Alfredo Stroessner. During that time communications were illegally intercepted, and sensitive information was gathered and stored in large databases. An example of this is the police database discovered in 1992, popularly known as the “Terror Files.”

Who can spy us?

The National Police is the entity under the Interior Ministry of Interior of Paraguay. Wikileaks revealed that talks between the U.S. Embassy and the Paraguayan government have occurred since 2008 in order for the Police to learn about a mobile interception program.

SENAD is the government entity responsible for fighting against drug production and trafficking.

SINAI is authorized to carry out, but only as an exceptional measure, surveillance when the agency is not able to obtain information from public sources. The information to be obtained must be strictly necessary for the achievement of the State’s objectives to protect peace, national security, and institutional stability and to prevent terrorist threat

How they can intercept communication legally? 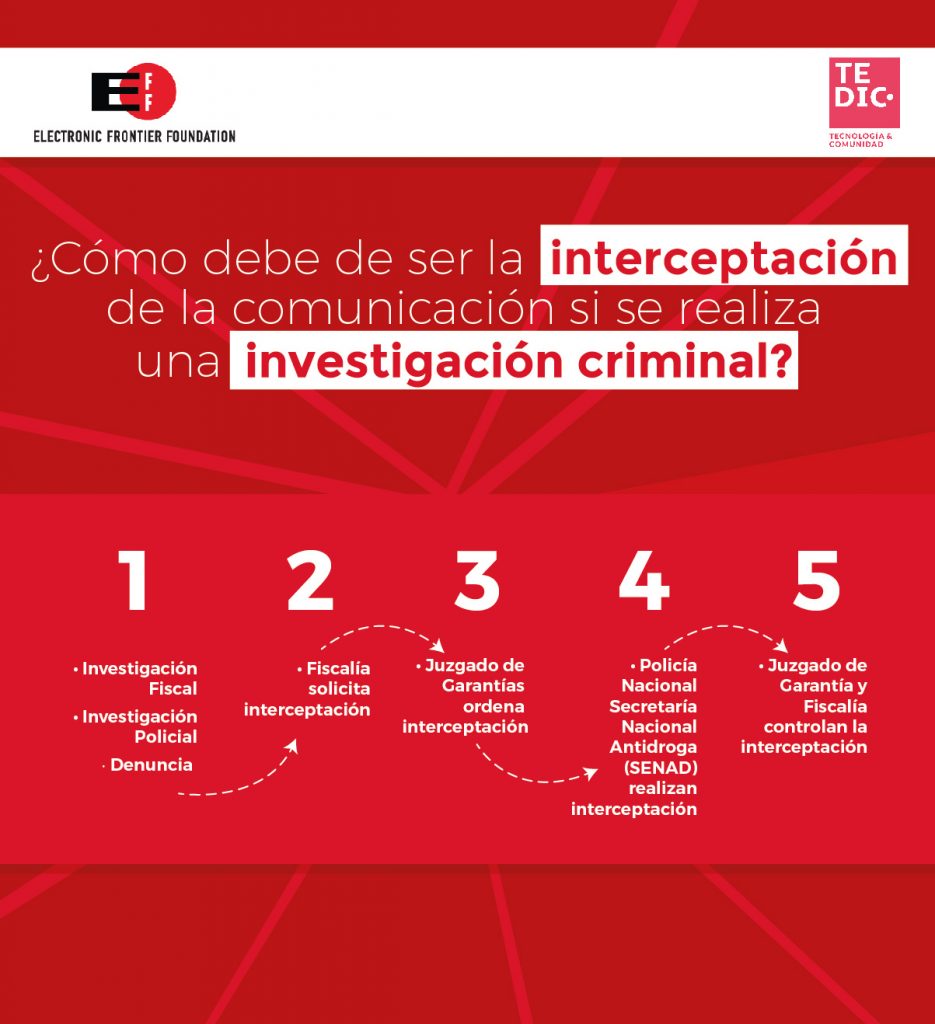