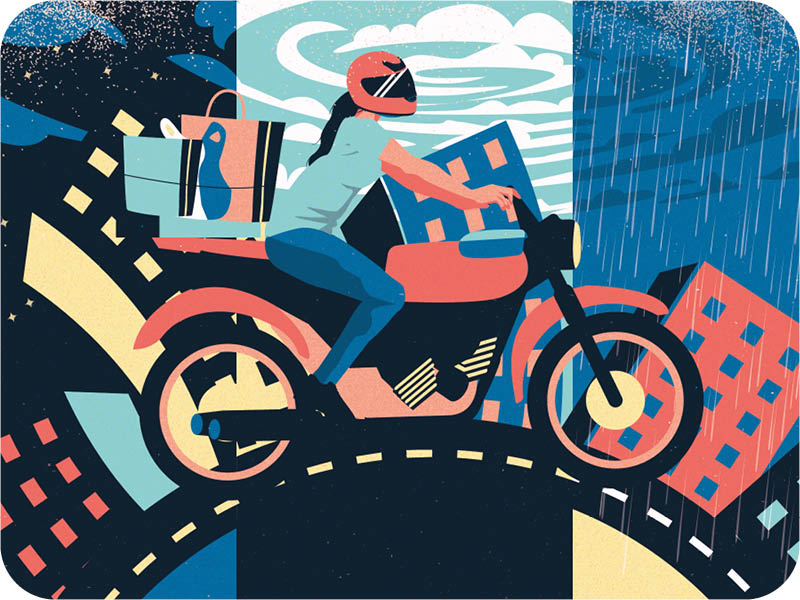 Gig economy platforms are still a novelty in Paraguay. Such wonder poses challenges around the transparency and understanding of the market and nuanced understanding of situations faced by gig economy workers. This said, there has undoubtedly been an exponential growth of transport and delivery apps in 2020, coupled with a rise in unemployment rates due to the COVID-19 pandemic.

More importantly, documented cases of abuse towards drivers and harassment against female customers have raised red flags to the general public. They are evidence of the need to better systematize the experiences of both workers and users of gig economy platforms and ensure their well-being in the future.

Moreover, government officials have begun to scrutinize the nature of these platforms. However, such oversight has proven to be, at best, fragmented between different governmental and municipal institutions and without actual data to make an informed decision. Additionally, policy-makers attention to ridesharing apps is limited and mainly concerned with the competition and transportation aspects of the market. These efforts omit a holistic view that addresses workers’ well-being.

With this in mind, we have consolidated a strategic alliance with the Fairwork project. We consider that the framework developed by Fairwork and the data it collects is key for an informed and evidence-based decision-making process in Paraguay. Fairwork Paraguay will provide unprecedented insights into how these apps function and, more importantly, the worker’s experiences with these apps. It will also address the current state of delivery apps and their workers, a subject so far ignored by policymakers, leaving workers in a highly vulnerable state.

We intend to carry out the Fairwork framework on an annual basis. In its first edition, we will address the state of these platforms and their worker’s conditions in the country’s capital. In subsequent editions, we intend to expand the scope of the research to other cities throughout the country where these platforms operate.

The Fairwork Paraguay team is formed by Eduardo Carrillo, Lupa Alonzo and Maricarmen Sequera from TEDIC.